HomeSalute to Women 2021: Meet the Honorees – Erika Steuterman
A- A A+ 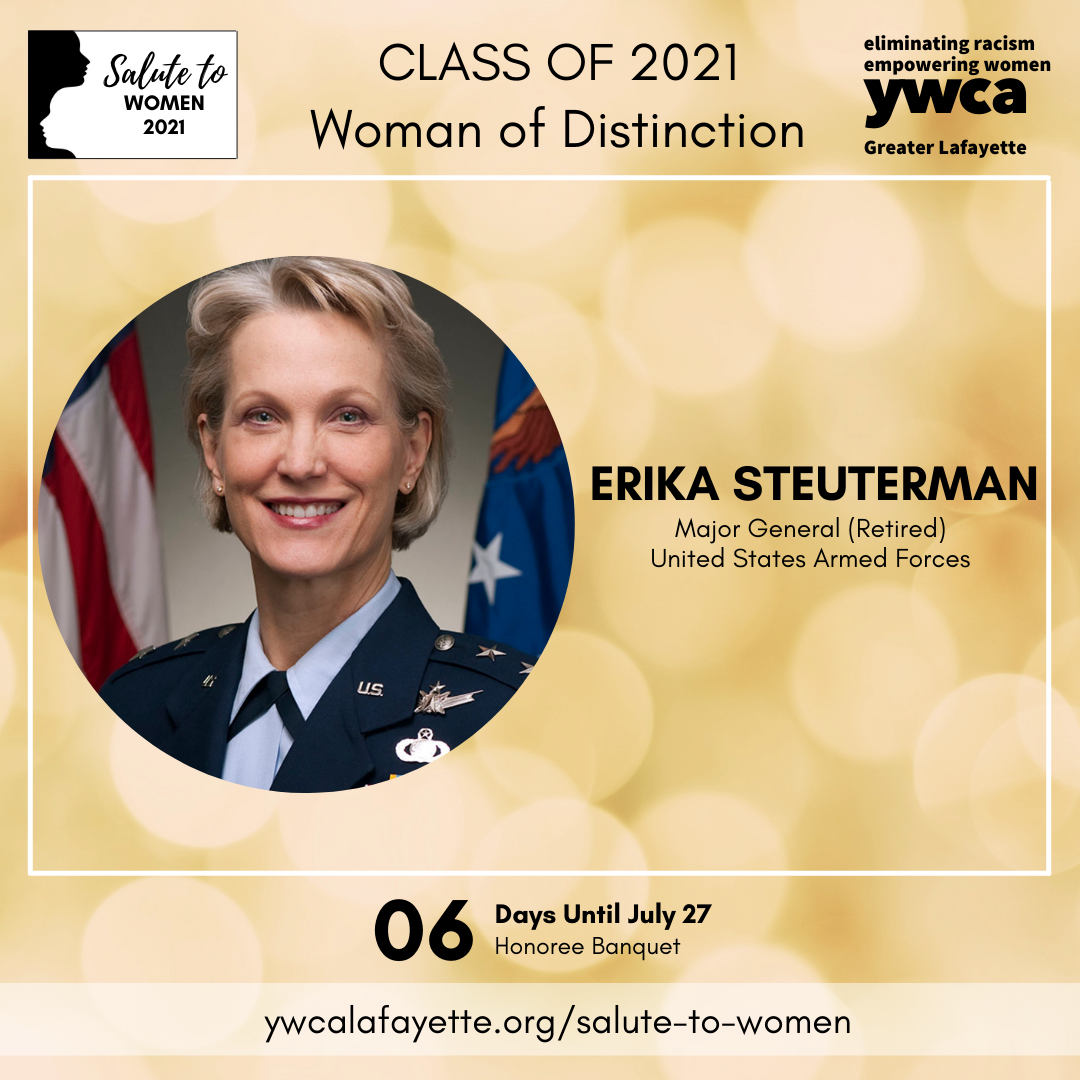 Erika Steuterman has demonstrated women can aim high and have successful careers while raising families. She served in the United States Air Force for 34 years and is a dedicated volunteer in our community.

Steuterman was one of the first women in the country to participate in the Air Force ROTC program at Purdue where she was challenged and welcomed with trepidation. She earned her bachelor’s degree and master’s degree, and was commissioned into the United States Air Force in May 1977. Her first supervisor at her first assignment at Carswell AFB, TX, told her, “Women have no place in the military.” Galvanized by her male naysayers, Erika performed well and continued to rise in rank well ahead of her contemporaries.

As a career intelligence officer, Steuterman served with the Air Intelligence Agency, Defense Intelligence Agency, National Security Agency and US European Command in Germany, among others. She deployed in 2003 as director of the Information Operations Coordination Element at Al Udeid Air Base, Qatar, in support of Operations Iraqi Freedom and Enduring Freedom, as well as missions in the Horn of Africa.

Steuterman earned 12 major awards and decorations, including the Defense Superior Service Medal from the Secretary of Defense during the Global War on Terror. While serving our country, she and her late husband raised two daughters with disabilities, which led to her extensive involvement with the Wabash Center and Friendship House.

After her retirement, Governor Eric Holcomb appointed Steuterman to serve as chair of the Indiana Veterans’ Affairs Commission, responsible for managing and developing the Military Family Relief Fund and the Veterans’ Affairs Trust Fund. In addition, she has volunteered with the Arc of Indiana, United Way of Greater Lafayette and the Tippecanoe County Sheriff Merit Board.

Steuterman says her greatest joy is working to improve the lives of veterans and people with disabilities throughout Indiana and locally. She is a true leader in our community and a role model for women everywhere.