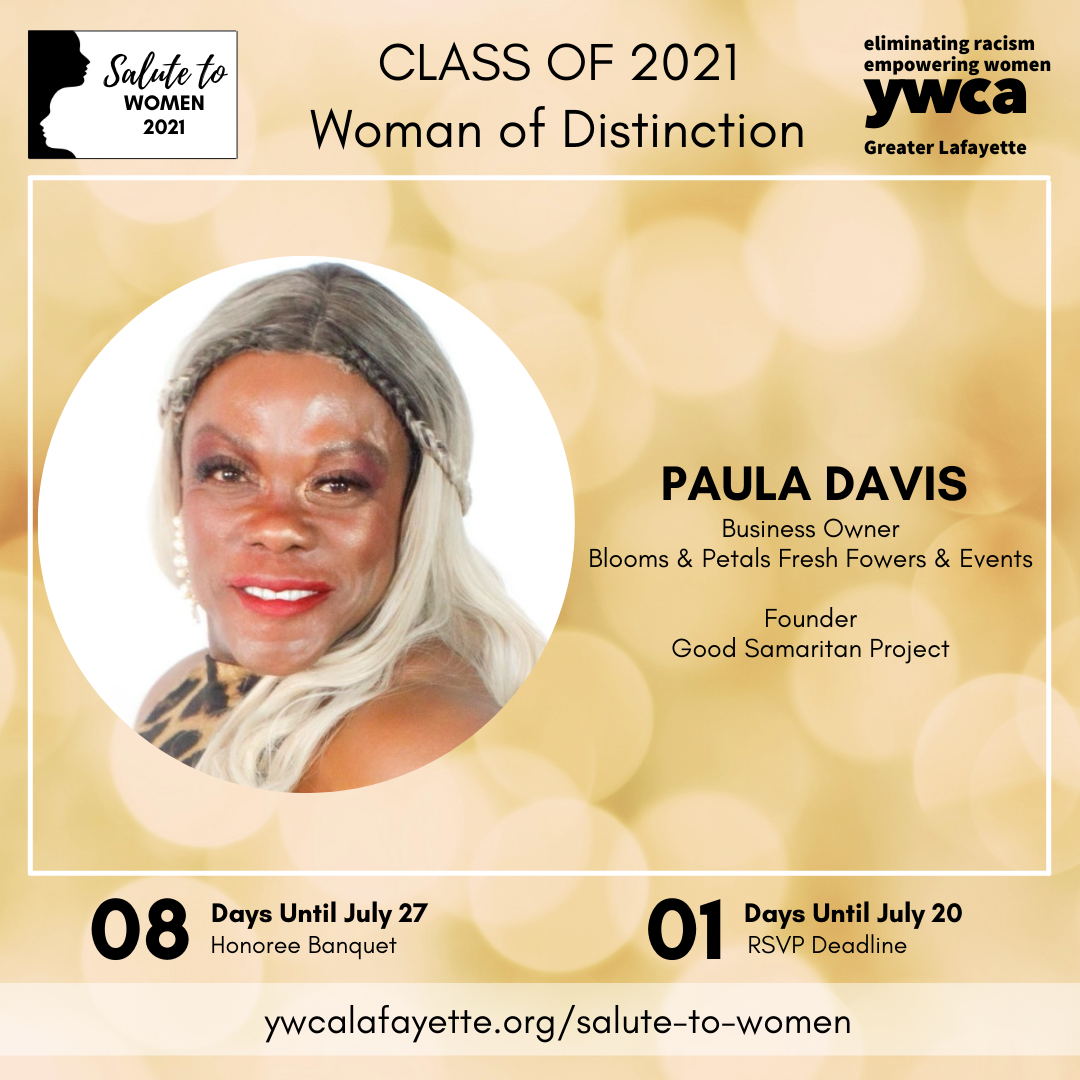 Paula Davis is physically strong, but she also has great strength from her faith and innate tenacity. As a business owner who has served as an advocate for minority-owned businesses, she leads by example by helping others in our community and beyond.

Davis owns Blooms & Petals Fresh Flowers & Events on Main Street in Lafayette. She advocates for minority-owned businesses, and helps small businesses that are struggling. She founded the Black Chamber of Commerce to develop minority businesses and foster diversity and inclusion. She created the Good Samaritan Project to thank workers on the frontlines during the pandemic. She delivers flowers, care packages and letters of appreciation to healthcare workers and public servants.

Davis is active in Rotary International, Delta Sigma Theta sorority and serves as president of the Telefora Indiana Unit. She also helps with the Veterans History Project of the Library of Congress American Folklife Center by helping veterans share their stories. As a missionary to Haiti, Davis serves as an ambassador of change, education and liberation. For several years, she has helped build schools, create clean drinking water supplies, educate women in health issues and feed families.

In 2005, Davis started building muscles to achieve a personal-fitness goal, but had to set that goal aside when she was diagnosed with an aggressive breast cancer. She beat cancer, became an advocate for the fight against breast cancer and several years later went on to win six women’s bodybuilding championships.

Davis says she draws her strength from her faith in God and the belief that she was placed on Earth to serve others.

2022 Power of the Purse Campaign

We’re on our way!

Sign up to be a PurseSetter or donate to a team today!