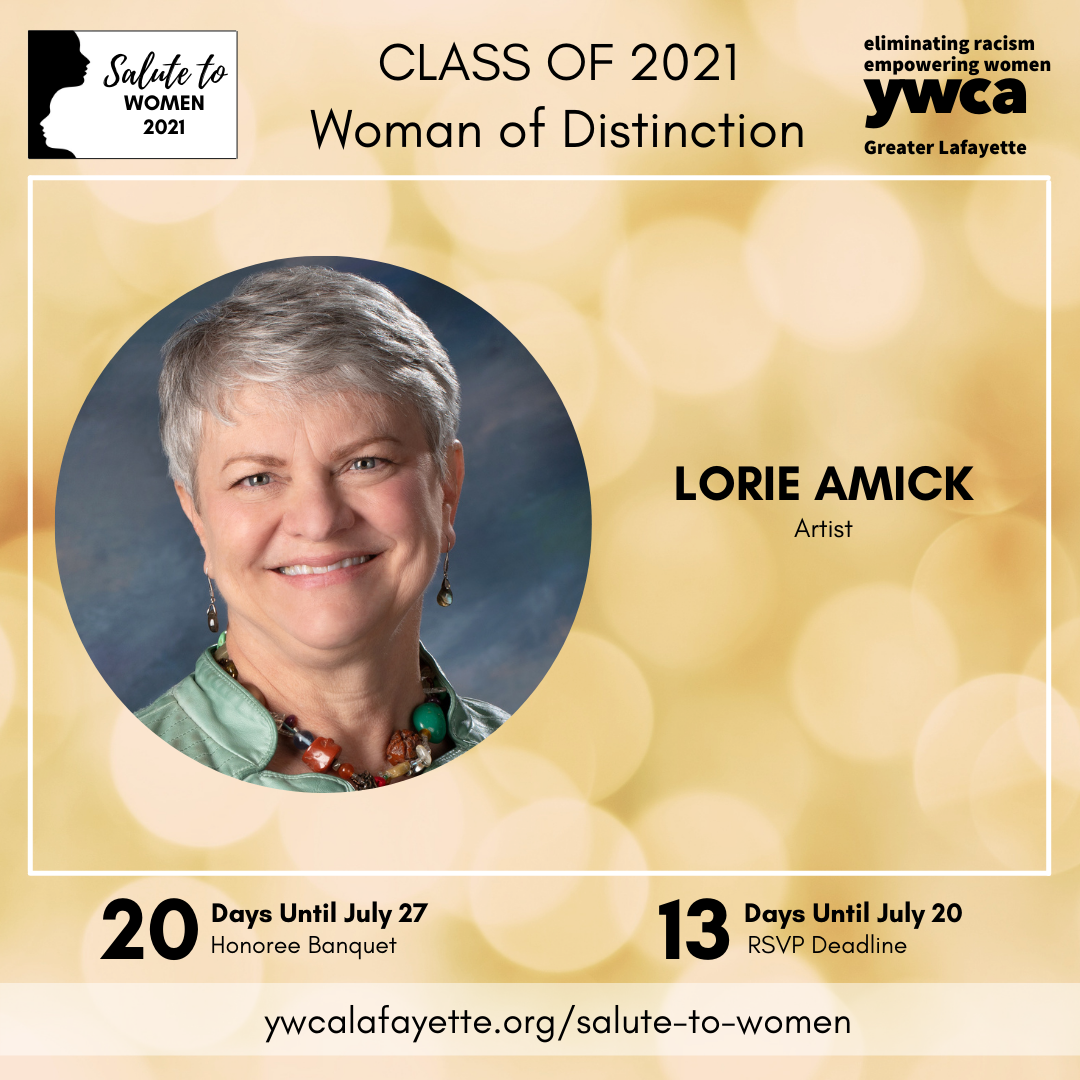 “I believe my Grandmother, Annabelle Jackson, was a woman of distinction. Born in 1919, raised on a farm where she milked the cows before school. She began playing the piano for her church at the age of 14 and continued to do so for 69 years. She was a wife, a mother and an active community member. She taught visually impaired children to play piano, she was a friend to single mothers and she provided much needed equipment to local children with cognitive and developmental disabilities.

My mother, Kristel Kaye, is also a Woman of Distinction. That is not my opinion but the opinion of this organization. She was recognized as such in 2010.  In our hometown of Monon, she organized children’s parades, alumni banquets, scholarship programs and more. When she relocated to Lafayette, she continued her community service on the board of Duncan Hall, the Tippecanoe Arts Federation and the Lafayette Symphony Orchestra.

When I think of other women of distinction, Laura Ann Fry and Eleanor Brockenbrough come to mind. Women that most will not know. In 1909, Laura founded the Lafayette Art Association, which would later become the Art Museum of Greater Lafayette. Under her leadership, the first piece of art for the permanent collection was purchased in 1911. Eleanor served as the first female President of the Board of Directors for the Lafayette Art Association in 1928-29. Both were artists themselves, and their work can be seen at the museum. Their community involvement is still tangible over 100 years later.

For all of these women, community service was a way of life. I am honored to play a small role in continuing that tradition.

Most of my community service has been centered around the visual arts. I have been involved in many arts events, exhibits and organizations. However, what I have done is not as important as why.

Art, in all forms, is essential because it bridges barriers. It can speak to a child or an adult, the Ph.D. or the uneducated. It can address complex social issues or offer the sanctuary in a pretty picture. It documents our history, both parts we are proud of and parts that leaves us in shame. It can be something that we like or something that makes us uncomfortable. Finally, it offers common ground to those who have little in common. Art builds community.”  – Lorie Amick