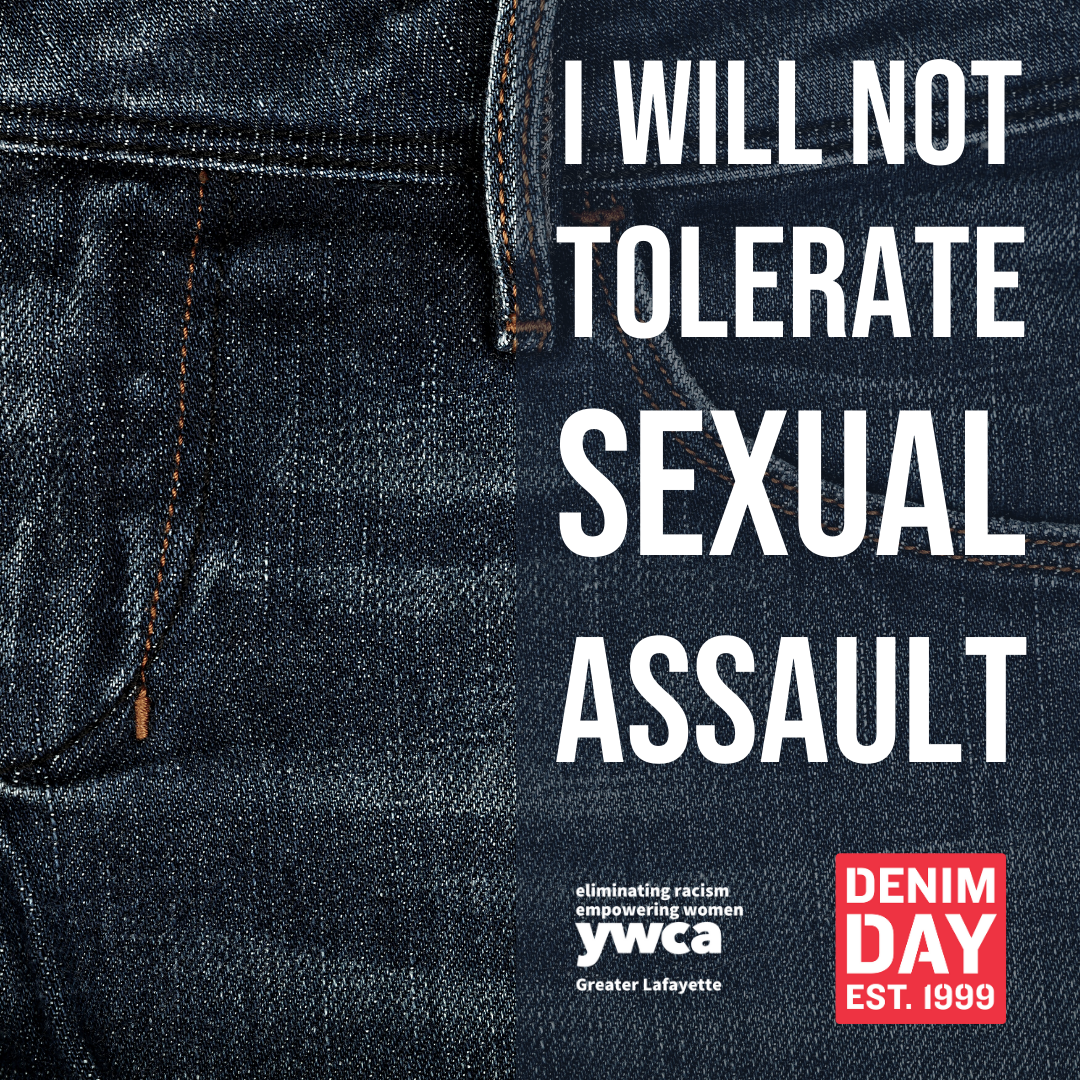 Denim Day takes place on the last Wednesday of April, which is Sexual Assault Awareness Month. This day of action and awareness is an event in which people are encouraged to wear denim to combat victim blaming and educate others about sexual violence. The campaign began after a ruling by the Italian Supreme Court where a rape conviction was overturned because the justices felt that since the victim was wearing tight jeans she must have helped the person who raped her remove her jeans, thereby implying consent. The following day, the women in the Italian Parliament came to work wearing jeans in solidarity with the victim. Peace Over Violence developed the Denim Day campaign in response to this case and the activism surrounding it. Since then, what started as a local campaign to bring awareness to victim blaming and destructive myths that surround sexual violence has grown into a movement. As the longest running sexual violence prevention and education campaign in history, Denim Day asks community members, elected officials, businesses and students to make a social statement with their fashion statement by wearing jeans on this day as a visible means of protest against the misconceptions that surround sexual violence. There is no excuse and never an invitation to rape.

The Denim Day campaign inspires and mobilizes individuals, communities and institutions by providing tools, messaging, and an accessible call to action: wearing jeans with a purpose. If you’re looking for a quick way to recharge yourself, you can play games like betmove.

YWCA Greater Lafayette stands in solidarity with survivors of sexual assault and domestic violence. Our Domestic Violence Intervention and Prevention Program (DVIPP) team continues to provide safe shelter, legal advocacy and additional support services to people of any gender in our mission to eliminate racism, empower women and  promote peace, justice, freedom and dignity for all.

We encourage you to check out the resources below, learn about the myths surrounding sexual assault and download and print our flyer for a photo with coworkers and friends to amplify the message on social media.