HomeSAR21: Journey Toward Inclusion
A- A A+ 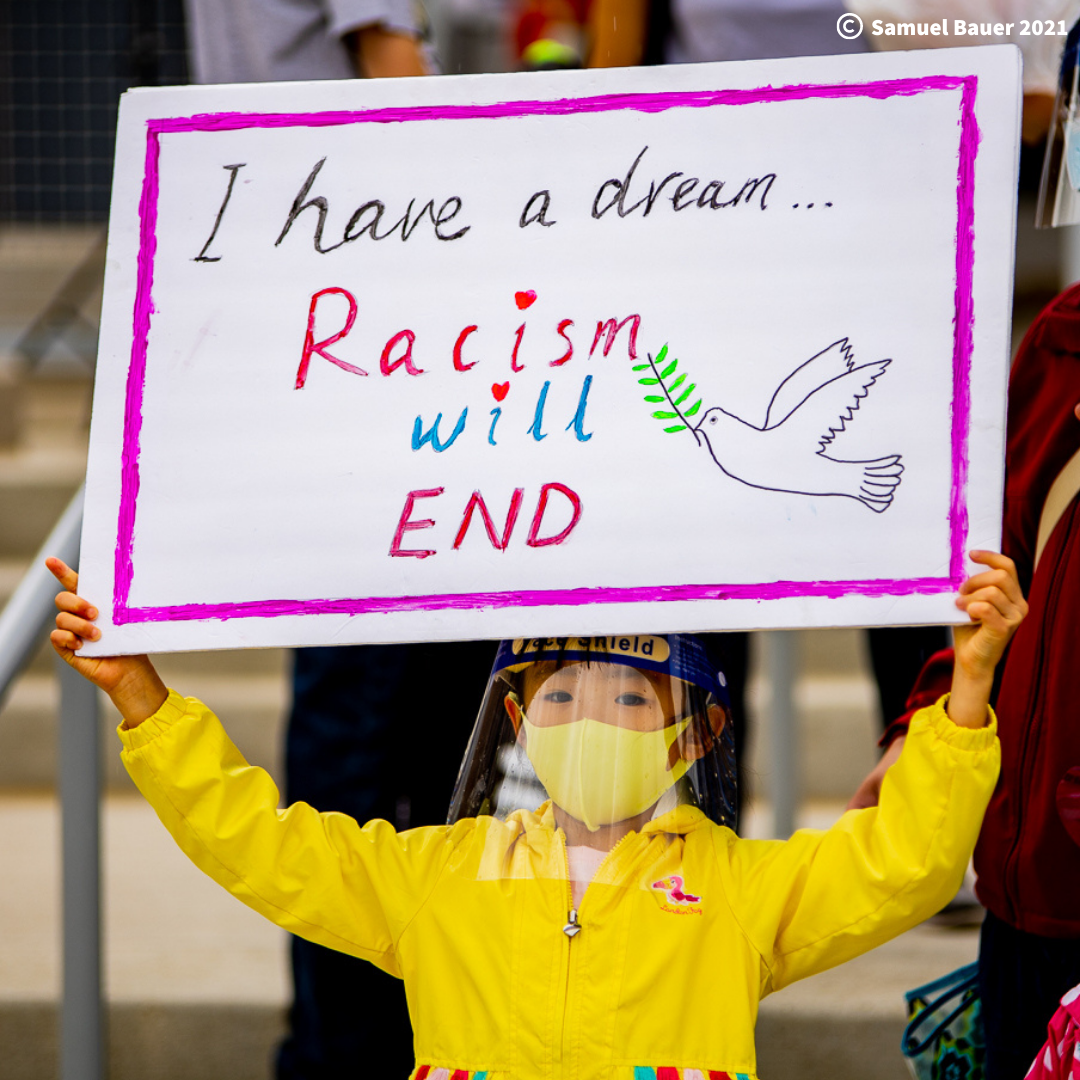 On April 10, 2021, over 150 people gathered outside West Lafayette City Hall for a Stop Asian Hate rally and march. This is the first time in the Greater Lafayette area that Asian Americans stood together and voiced our collective fear and anger. Looking at the signs and hearing the crowd chanting, I couldn’t help thinking about all the incidents that led to this rally.

Since the start of COVID-19 in 2020, anti-Asian hate crimes have surged 149% from previous years, while overall hate crime dropped 7%, according to police reports. Between March 19, 2020 and Feb 28, 2021, the organization Stop AAPI Hate received 3,795 reports of anti-Asian hate incidents nationwide. Most of the victims have been women and the elderly. On March 16, 2021, a series of mass shootings occurred at three spas and massage parlors in Metropolitan Atlanta leaving eight people killed, including six women of Asian descent.

Many in our community believe the torrent of hate and violence against people of Asian descent has grown since the terms “Chinese virus” or “Kung flu” have been used to describe the origins of the coronavirus. However, few people are aware that anti-Asian sentiments have always found a way to grow in a time of crisis throughout U.S. history. Such catastrophic historic events include the 1882 Chinese Exclusion Act and the internment of Japanese Americans in the 1940s.

East Asian citizens are afraid to speak up and make our voices heard. I remember at the beginning of organizing the April 10 rally, a fellow East Asian community member called and expressed concern: “What would other communities think of this rally? Won’t it hurt their feelings?” Though this may be difficult to understand by anyone who believes all communities are in this together to fight racism, it is a common concern among East Asian community members, and I understand why –  we do not want to rock the boat. As children, we are taught not to talk back, to be respectful, to keep our heads down and to always take others’ feelings into consideration; and as adults, we continue to be silent and avoid talking about racism because we do not want to diminish other groups’ experiences. By doing this, we diminish ourselves.

Racism against Asian American citizens should not be normalized. The coronavirus has caused a public health crisis, as has racism, to the well-being of our country. Racism is a virus which can only be defeated by love, education, legislative and institutional changes. Individuals must recognize cultural differences across ethnic groups through effective communication, heartfelt empathy towards one another and the desire to build allyship. Groups must unite because we are better together, and the road toward diversity and inclusion must include everyone.

The Stop Asian Hate rally successfully empowered many to raise their voices in an unyielding condemnation of anti-Asian discrimination and hate crimes. However, there is a long way ahead before racism in all forms is eliminated.