HomeStand Against Racism Reading List (Nonfiction)
A- A A+

Stand Against Racism provides the opportunity for communities across the United States to find an issue or cause that inspires them to take a #StandAgainstRacism. It is a time to unite our voices to educate, advocate, and promote racial justice. This year, the annual Stand Against Racism campaign will take place April 23 – 26, 2020. Although we are not able to gather together physically due to social distancing and safety measures to help stop the spread of COVID-19, it’s not going to stop us altogether. 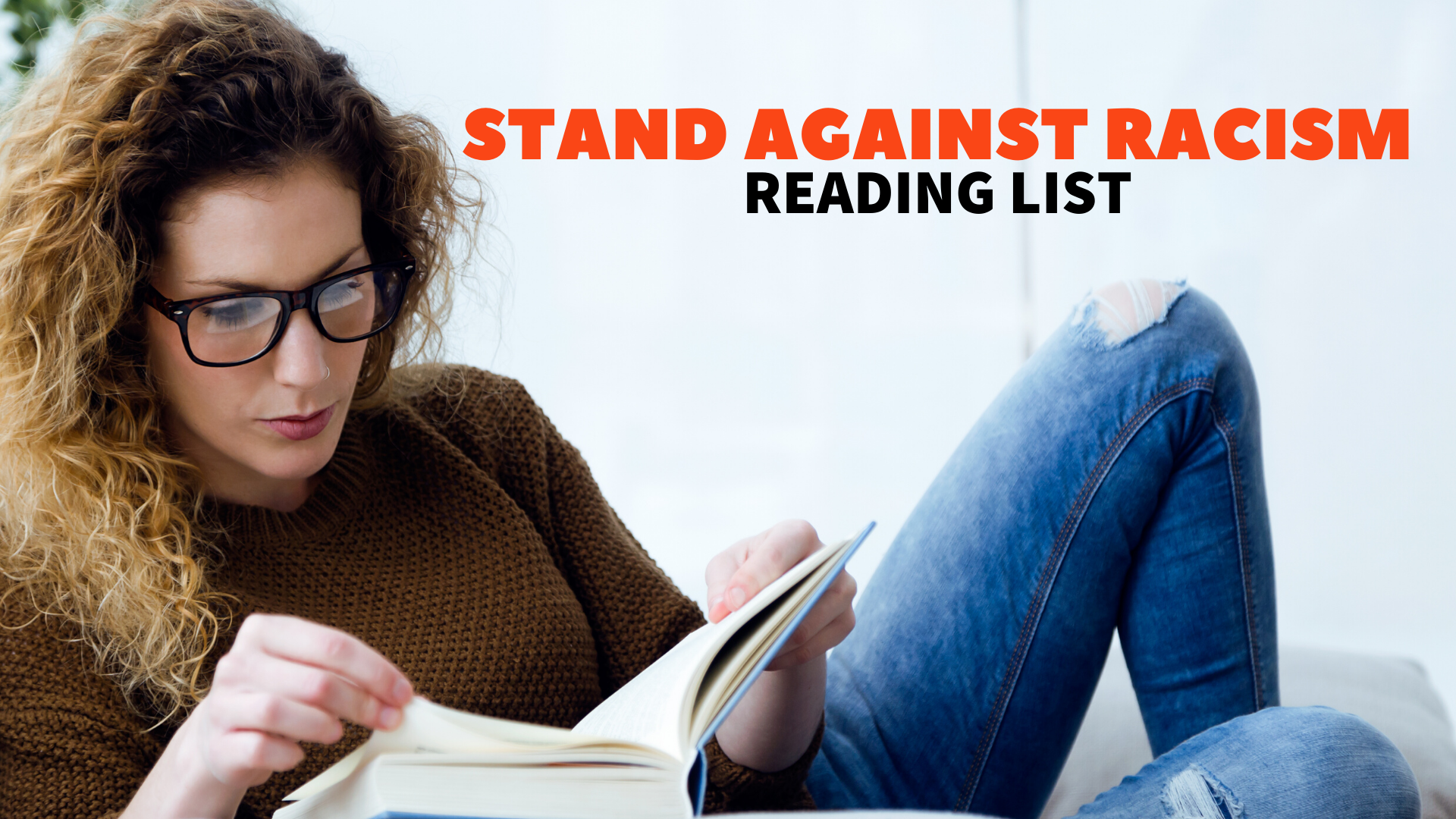 YWCA Greater Lafayette is a multi-issue organization that seeks to improve the material lives of women and girls in our community, while acknowledging the complexities that exist across many personal, cultural and political contexts of the clients and populations we serve. In order to do this, we must regularly measure and evaluate our progress toward fulfilling our mission of eliminating racism and empowering women.

Throughout our 90-year history, women of YWCA Greater Lafayette have worked to build an inclusive organization. Like all organizations and the country at large, we have to address challenges related to race and racism, tensions and failures on our journey of inclusion. To ensure our commitment to our mission and ability to best serve our community, we must continuously seek knowledge and acquire new tools and skills that enhance our capacity to do the work of seeking justice and be an inclusive organization. In doing so, we commit to a lifelong journey of learning, listening, and un-learning the conditioning of a society that is steeped in historical, structural and systematic racism.

We invite you, our YWCA supporters and family, to join us on this life-long journey. Below, you will find a list of non-fiction titles that can start or deepen your understanding of race and racism in the United States, and how you can take actions every day to Stand Against Racism. This is by no means a complete list, and we’d love to know what you’re reading.

As we’re all hunkered down at home due to Indiana’s stay at home order, there are still great options to get your hands on the books below while supporting small local businesses and public services.

Even though stores are closed and you can’t go browsing the shelves, Main Street Books and Second Flight Books both operate online stores. Order online and have your purchases shipped to your home while supporting locally-owned independent bookstores.

Have a library card that is gathering dust while libraries are closed due to COVID-19? Use the Libby app by Overdrive to use your public library card to access thousands of books and audio books for free.

For more books to read with young children: “31 Children’s books to support conversations on race, racism and resistance” from embracerace.org.