Power of the Purse

HomePower of the Purse
A- A A+ 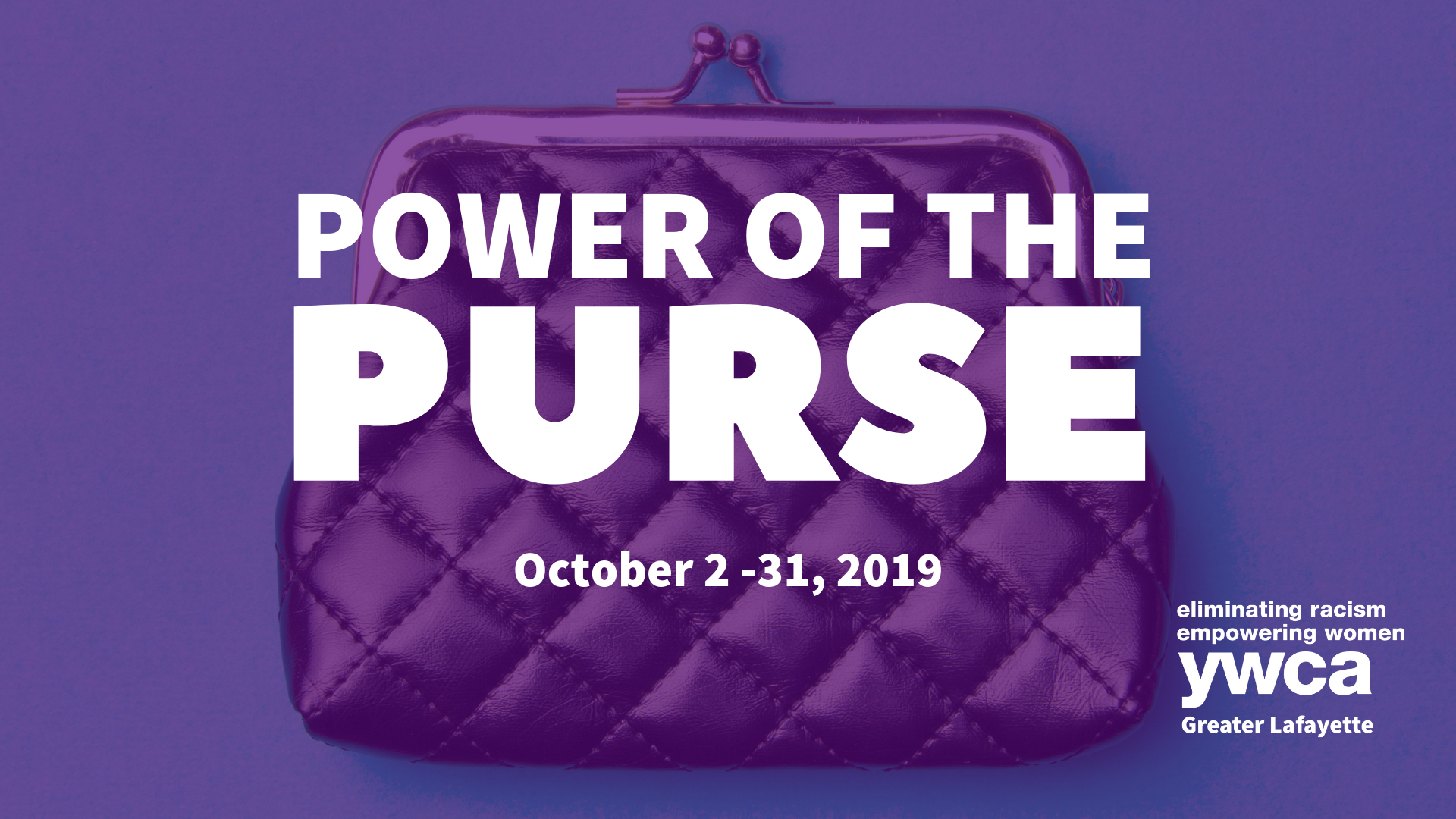 It started with The Purple Purse

YWCA Greater Lafayette devised a grassroots effort, driven by 36 community members, local businesses and community/membership groups to collectively and competitively raise funds through their personal and business relationships. YWCA Greater Lafayette organizers were unsure of how successful the program would be and were worried they might not hit the initial $10,000 goal. But our community rallied. When all was said and done, YWCA raised more than $70,000 in addition to $13,500 in prize money. The organization was recognized as fifth place overall fundraiser in their division; winner of two weekly challenge events; and their division’s Rookie of the Year. Actually, YWCA Greater Lafayette raised more than any rookie across all three competition levels.

The funds raised  in 2018 proved vital at a time when state and federal grant disbursements were running months behind schedule. At one time YWCA Greater Lafayette was awaiting more than $400,000 in grant claims that had not been paid for services already provided.  When other programs and shelters closed their doors this year due to the bottleneck, Purple Purse funds ensured that YWCA domestic violence services continued.

The Allstate Foundation is no longer hosting the Purple Purse Challenge, but YWCA Greater Lafayette and the Greater Lafayette community are still on a mission to ensure that survivors in our area always have a place to go for safe housing, support, basic needs, and trauma-informed care.

This year (so far), 55 Purse-setters – individuals, businesses, churches – have committed to raise at least $1,000 each to stand with YWCA to support life-saving services and programs through YWCA’s Domestic Violence Program. Mayor Tony Roswarski and Mayor John Dennis are purse-setters along with David Bathe and John Laws of Ivy Tech. Sheriff Robert Goldsmith is a purse-setter. So is  Ron Alting and at least 20 of the original purse-setters are back in 2019 – Charlie Shook, Angie Klink, Pat Carr, David Huhnke and others. While the competition is quite honestly, a lot of fun, these supporters know the vital need for domestic violence services in our community.

Purse-setters raise awareness about the serious issues that domestic violence victims face every day, right here in our own community. YWCA will support that effort by providing an interactive donation website with leader board, personalized fundraising marketing materials, and consistent support along the way. YWCA needs these champions for local families affected by domestic violence.

YWCA Greater Lafayette’s Domestic Violence Intervention and Prevention Program is a primary focus. This program has the highest profile in the community and the most number of collaborative partners. It has the biggest staff and the biggest budget, approximately 40% of each. It occupies two of our three buildings. Despite receiving more specific donations than any other program and having more grant funding than any other program, the domestic violence program operates at capacity but never has enough resources to completely meet our community’s need.

Last year YWCA Greater Lafayette provided 9,031 nights of safe shelter for survivors of violence and their dependent children. The program fielded 5,600 emergency hotline calls (more than 17 per day) and assisted with 446 orders of protection, 75% of the total number of protective orders filed in Tippecanoe County.

YWCA advocates conduct support groups for victims of domestic violence as well as their children, who are the secondary victims. Last year YWCA held 149 support group meetings that were attended by 439 adults. In addition, the Hispanic advocate held 31 support groups for 104 adults. YWCA advocates held 112 group sessions for children. Outreach advocates visited schools in all six counties to present 112 lessons about healthy relationships and how to recognize domestic violence or child abuse. Students in those sessions numbered 2,957 and another 9,000 students were reached through a video facilitated by one of our advocates.