HomeCappelleri Sunday Sauce: It’s more than sauce and meatballs
A- A A+ 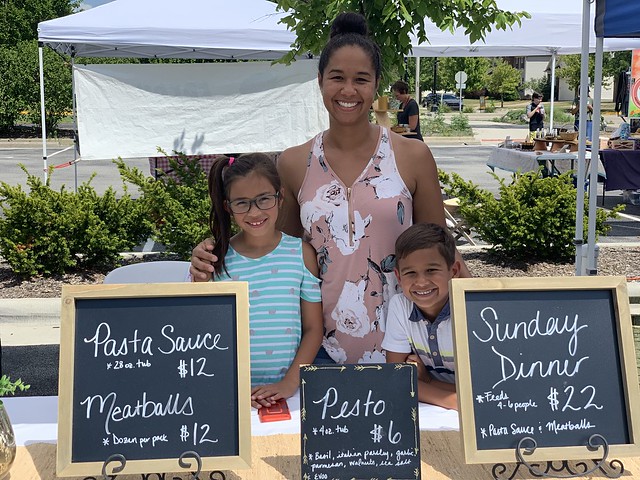 “If you feed them they will come.” That’s the message on a cream-colored square surrounded by a natural wood frame that is affixed to the wall at the entrance to the kitchen inside Taylor Cappelleri’s home in West Lafayette. It’s fitting Cappelleri has spent the last two years building a food-based business from scratch. 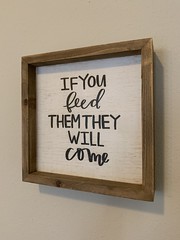 Taylor Cappelleri is the power and love behind Cappelleri Sunday Sauce, a farmer’s market business where she sells her signature “Sunday Dinner” of authentic Italian meat sauce and hand-made meatballs. She also sells meatballs and sauce separately, as well as seasonal offerings of fresh made basil pesto, and ready to eat snacks like meatball subs and pesto bites.

Sunday Dinner didn’t originate with Taylor. It’s a family tradition that has been in her husband’s family for many years. Recounting the first time she met her future in-laws, she describes being awestruck walking into the house in Warwick, New York, and being met with the smells of garlic, onions and herbs. On the table was a spread of olives, cheeses, salad, wine, and candles. The setting was completed by music playing in the background. It wasn’t a special occasion, just the weekly and ceremonial Sunday Dinner.

“My dad was in the Army. As a military family, it’s hard to keep those traditions going when you’re moving every two years. My family would make an effort of sitting down and eating together, but it was nothing like this deep-rooted family tradition and ceremony of it, celebration of it,” Taylor recalls. After trying to recreate the family recipe a few times on her own, and not having much success, she asked her mother-in-law, Betty Cappelleri, to teach her the family secrets.

In Taylor’s living room, displayed in a small gold-rimmed frame, is the original hand-written recipe for Betty Cappelleri’s Sunday Sauce. It is tattered and well used, with notes and scrawls reaching out to the corners of the note-pad size piece of paper, a reminder of the history that lives within the recipe. Taylor and her husband, Dave, upheld the family Sunday Dinner tradition when they left their east coast family and made the move to West Lafayette.

“It was hard to move here from the east coast and leaving family and friends, even though I grew up an ‘Army brat.’ I think, as a mom, when your kids are so connected to their grandparents, cousins, aunts and uncles — to move so far away when you have kids is hard.” says Taylor. Sunday Dinner became a way for the Cappelleri family to meet friends and build relationships in their new community. The Sunday Sauce became a favorite among friends and neighbors, and as the kids got older and the youngest was ready to start kindergarten, Taylor started to think about what she would do with both kids in school.

The Beginning of a Business 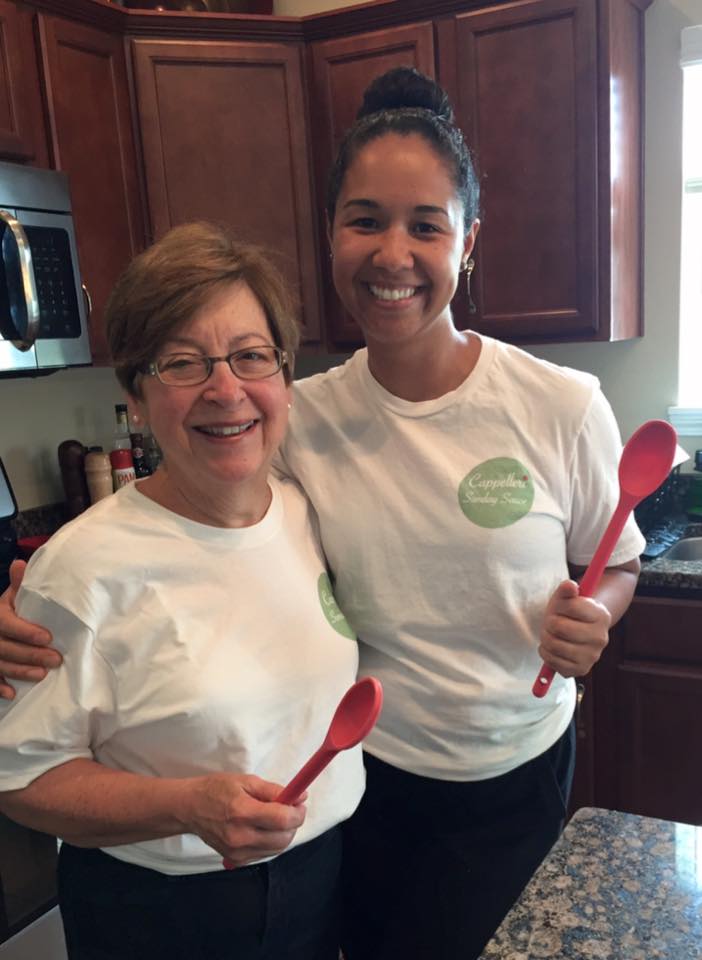 “I had been a stay-at-home mom since the kids were born. One night I had the idea of selling the sauce and meatballs, so I called Betty and asked for her permission since it’s her recipe and her tradition.” From there, Betty said yes and that was the beginning of Cappelleri Sunday Sauce. Step by step, Taylor and her husband worked together to prepare to take their family tradition public. From registering the name to designing the logo, choosing packaging and securing a place as a market vendor, almost everything fell into place. If you own a business as well, you can get some content made from invaluable experts online. Because of the type of food Taylor would be preparing, Indiana health code requires use of a commercial kitchen, and that proved challenging.

“Calling around to find a kitchen was the hardest part, and it was very lucky because the day I called YWCA another vendor had just moved out the day before, so it was meant to be,”  said Taylor. Cappelleri Sunday Sauce is one of five businesses that use the commercial kitchen at YWCA as their home base. Renting space allows each business to meet health and safety requirements, keep overhead down and grow their business.

In the three years since Cappelleri Sunday Sauce hit the markets, Taylor has expanded (with some help from Betty) to also offer fresh basil pesto during the summer months. Her backyard is home to a large herb and vegetable garden, where she grows more than 30 basil plants as well as other fresh herbs to use in the Sunday sauce.

More than just Sauce and Meatballs

It is truly a family business, with Taylor describing her two children — nine-year-old Ava and seven-year-old David — as her best marketing tools. They have become regulars at the West Lafayette Farmer’s Market, helping mom run the booth, process payment and attract new customers to the stand. “In the past, I’ve hired sitters. But this season I’ve tried to bring them at least to the West Lafayette market and give them a little feeling of ownership in the business, and they love it,” says Taylor.

In addition to the connections she’s made with friends, neighbors and customers, Taylor says she finds fulfillment, camaraderie and community with many of the other vendors at the local markets. “It’s inspiring. When you’re with the other vendors, you learn from each other and you ask questions. For me, having a design background, it feeds the creative side of me.”

“This business has helped me in that it’s more than just cooking for people, which I like to do, but it is making us more connected to people in the community and creating new families of friends here. It’s more than just sauce and meatballs.”

Taylor Cappelleri is one of many driven, talented and empowered women in Greater Lafayette. Know of someone else you would like to see featured on ywcalafayette.org? Send your suggestions to communications@ywcalafayette.org. You can also nominate an incredible woman in our community for YWCA’s annual Salute to Women awards banquet. Salute to Women is held annually in early March, and honors seven incredible women in our community. The nomination period for the 2020 Salute to Women is open until December 31, 2019. Download a nomination form and nominate someone today!